Resolution of the CTB

The elections of 2022, March 8 and Conclat are highlights of the political resolution of the CTB national leadership approved this Friday (4). Read below in full:

In a session held on March 4, 2022, the National Executive Directorate of the CTB approved the following Political Resolution:

1- Brazil is at a historical crossroads. Throughout this year, the Brazilian people will have to decide whether to continue down the path of neo-fascist barbarism imposed by the Bolsonaro government or choose another path, that of rebuilding the nation, growing GDP and employment and rescuing a new project of national development based on work, democracy and sovereignty;

2- The October elections will be decisive for the future of the nation and should centralize the attention and efforts of mobilization and awareness of class unionism;

3- During this first semester, we must focus our energy on the unitary agenda of struggles, highlighting the celebration of 90 years since the conquest of the female vote and on March 8 with the acts “For the lives of women, Bolsonaro will never plus! For a Brazil without sexism, racism and hunger”; the demonstration in defense of the Earth and against the destruction package of March 9 in Brasilia; the mobilization against Bolsonaro’s veto of the PL 4199/2020 device that protected the employment of Brazilians in cabotage transport; Conclat 2022, on April 7 and the Unified on May 1, convened by the Power Plants Forum;

4- The battles against privatization and PEC 32 are a priority. The damage caused by handing over our public companies to the big capitalists has now been exposed by the country’s dependence on fertilizers produced by Russia after privatization. Before, the product, strategic for food sovereignty, was produced by Petrobras in Sergipe, Bahia and Paraná. Similarly, the fuel price policy, the privatization and underutilization of our refineries, have been making the country dependent on the import of petroleum derivatives, in addition to causing a rise in fuel prices. The interruption of the transfer policy and the strengthening of public companies is fundamental for the recovery of the economy and the sovereign national development;

5- Our country has already accumulated more than 650 thousand deaths from Covid due to the irresponsible and criminal behavior of Bolsonaro, who from the beginning of the pandemic until the present moment has sabotaged vaccination, the use of masks and other protection and prevention measures against the virus disease and did everything possible to prevent the immunization of children, without taking into account the subsequent increase in infections and deaths;

6- The working class is severely punished by massive unemployment, the precariousness of labor relations, high prices and the contraction of wages. It is also forced to live with the day-to-day government initiatives to liquidate the Labor Law -imposing the so-called green and yellow card, now incorporated in Provisional Measure 1099/22, which institutes the National Civil Service Provision Program Voluntary. The government wants to weaken the unions and abolish public policies aimed at social welfare;

7- The average labor income fell 11.4% last year, when it reached the lowest level in the IBGE’s historical series, which began in 2012; most of the agreements and collective agreements signed on the base dates of the professional categories established adjustments below inflation;

8- Unlike the treatment given to the working people, the government of Jair Bolsonaro did not measure efforts to satisfy the interests of the bankers and big capitalists; of agro-industrial sharks to the detriment of family farming; of imperialist powers in opposition to national sovereignty and criminal loggers who make rivers of money destroying nature. The four largest banks in the country (Itaú/Unibanco, Santander, Bradesco and Banco do Brasil) obtained a profit of R$ 81,632 million in 2021 while the productive sector of the economy was affected by the pandemic and wages were reduced;

9- The continuity of the “Bolsonaro Clan” in the Palacio do Planalto after the October elections would not only mean the preservation of the reactionary agenda inspired by neoliberalism. It would be a tragic popular support for the advance of neo-fascist barbarism in our country. Defeating the far-right leader is vital for the trade union movement and the democratic and progressive forces;

10- A working class must play a prominent role in this battle. The importance of the National Labor Class Conference (Conclat 2022), convened by the joint Brazilian centers for April 7, should be highlighted. The CTB should lead the construction of two state meetings (Enclats), which will have a relevant role in raising awareness and classist mobilization in the grassroots;

11- The realization of the Conclat is a moment of affirmation of the unity of our working class. Let us work so that it becomes a powerful instrument for raising awareness and political protagonism for both male and female workers, rural and urban, in the lives and directions of the nation;

12- With a focus on the struggle for Employment, Rights, Democracy and Life, Conclat must approve a unified agenda for 2022 raising the main banners and demands for two male and female workers to present the candidates. CTB militants and leaders are committed to mobilization to ensure the success of the historic conference;

13- It is fundamental that the understanding of the political framework goes to the bases, breaking the barrier of Fake News, manipulations and distortions raised not only by Bolsonaroism as well as by large media outlets. This goes through greater investments in our communication and implies redoubling our efforts to awaken class conscience and alert us all about the interests in the game in litigation;

14- For these days the Brazilian people celebrates two marking centenaries of its history, or of the Week of Modern Art, and of the Communist Party of Brazil. The Modern Art Week was held on February 13, 15 and 17, 1922 at the Municipal Theater of São Paulo. It was not a framework for modernization and modernism in Brazil as well as a high moment for construction, awareness and affirmation of our nationality. Founded on March 25, 26 and 27 in the city of Niteroi

and harshly persecuted throughout its existence, the Communist Party reflected a remarkable political evolution of the Brazilian working class and was always advocated for the defense of labor causes, alongside other forces progressives, especially from the Brazilian Socialist Party (PSB);

15- The CTB reiterates its commitment to the construction of a broad social and political front to defeat the extreme right and rescue a new project of national development, repeal the labor reform, the Social Security reform and EC 95, combat unemployment and insure economic recovery;

16- All this presupposes a new economic policy. It is imperative to free the productive system from the straitjacket of the macroeconomic tripod configured in high interest rates, primary surplus and floating exchange rate; restructure the public debt and restrict the payment of interest, which in 2021 consumed 50.78% of the executed federal budget, equivalent to R$ 1.98 trillion. On the other hand, it is urgent to expand State investments, as well as carry out a democratic and progressive tax reform, reducing the burden of indirect taxes, correcting the IRPF table, instituting the tax on large fortunes and taxing remittances of profits and dividends. abroad, that occur to the detriment of domestic investment;

17- Our objective in the election requires a lot of attention with the presidential race. But the election of progressive parliamentarians is also of great importance. Without changing the composition of the National Congress, it will be very difficult, if not impossible, to rescue rights or even prevent further setbacks. We must make an effort to elect candidates committed to labor causes, especially the CTB unionists;

18- It is necessary to emphasize that the Brazilian crisis occurs in a global context of notorious intensification of the class struggle in the world and of geopolitical tensions inflated by the US, whose main targets are Russia and China. Since the end of the Soviet Union in 1991, Washington has promoted a hostile policy towards Russia with the expansion of NATO and the sponsorship of coups disguised as “color revolutions”, configuring what analysts classify as a hybrid war. At least 14 countries from the former Soviet bloc have already joined the military alliance. The military confrontation in Ukraine, which also suffered a US-backed and neo-Nazi-led coup in 2014 is the latest and most serious consequence of imperialist hostilities. The coverage of the conflict by the business media is tempered by hysteria and unilateralism, translating the ideological submission of the media monopolized by the bourgeoisie to imperialism;

19- The CTB defends a diplomatic solution to the conflict, which guarantees the security of nations and interrupts the expansion process of NATO to Eastern Europe and the military siege of Moscow. We call for an immediate ceasefire, peace and the defense of the most vulnerable population that pays a high price in military conflicts, which often means the sacrifice of their own lives. 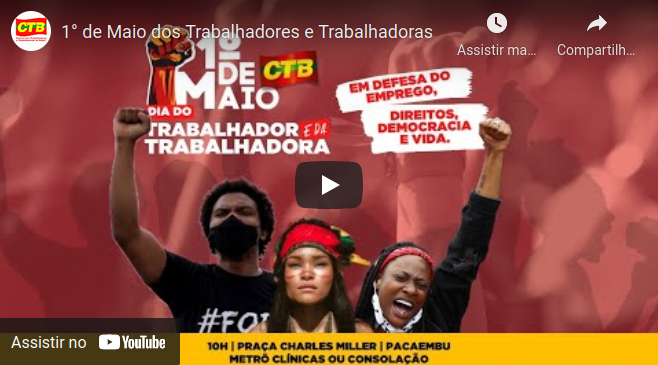 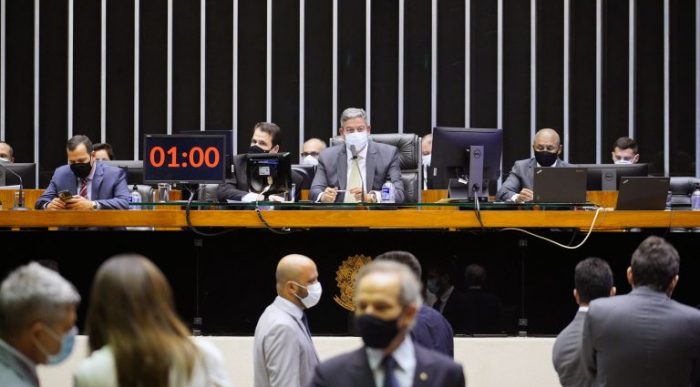 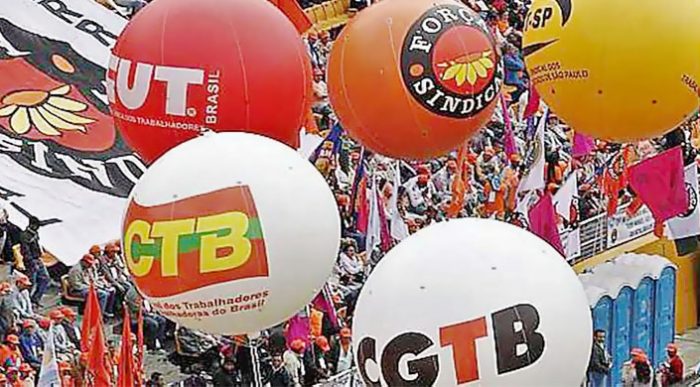 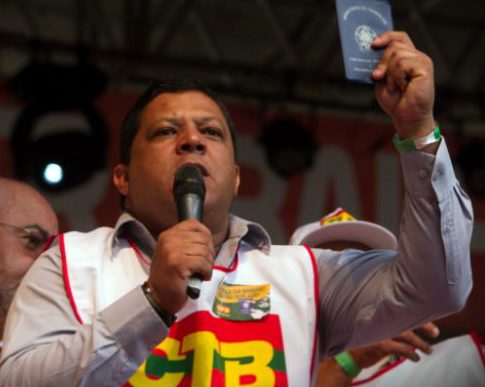 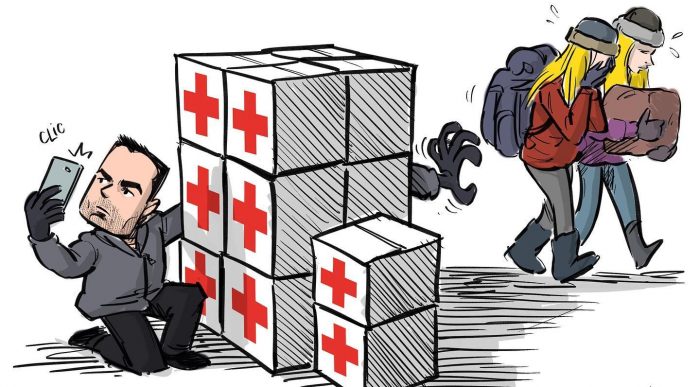 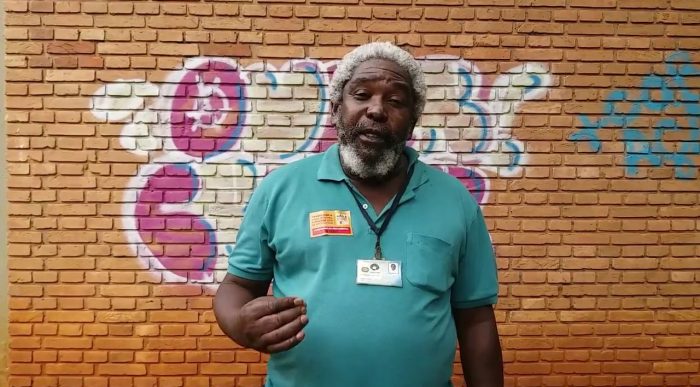 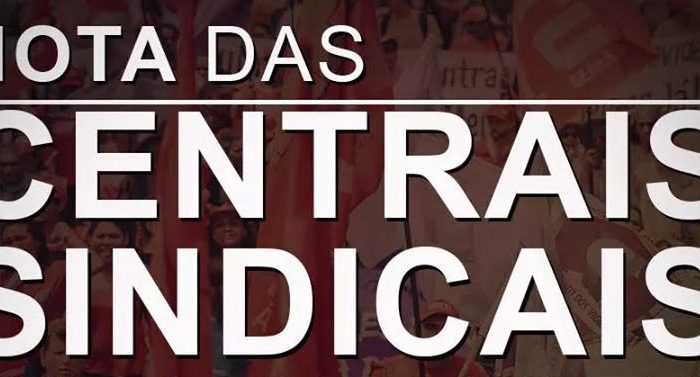